Why was this convo with the GM even suggested?

Why was this convo with the GM even suggested? 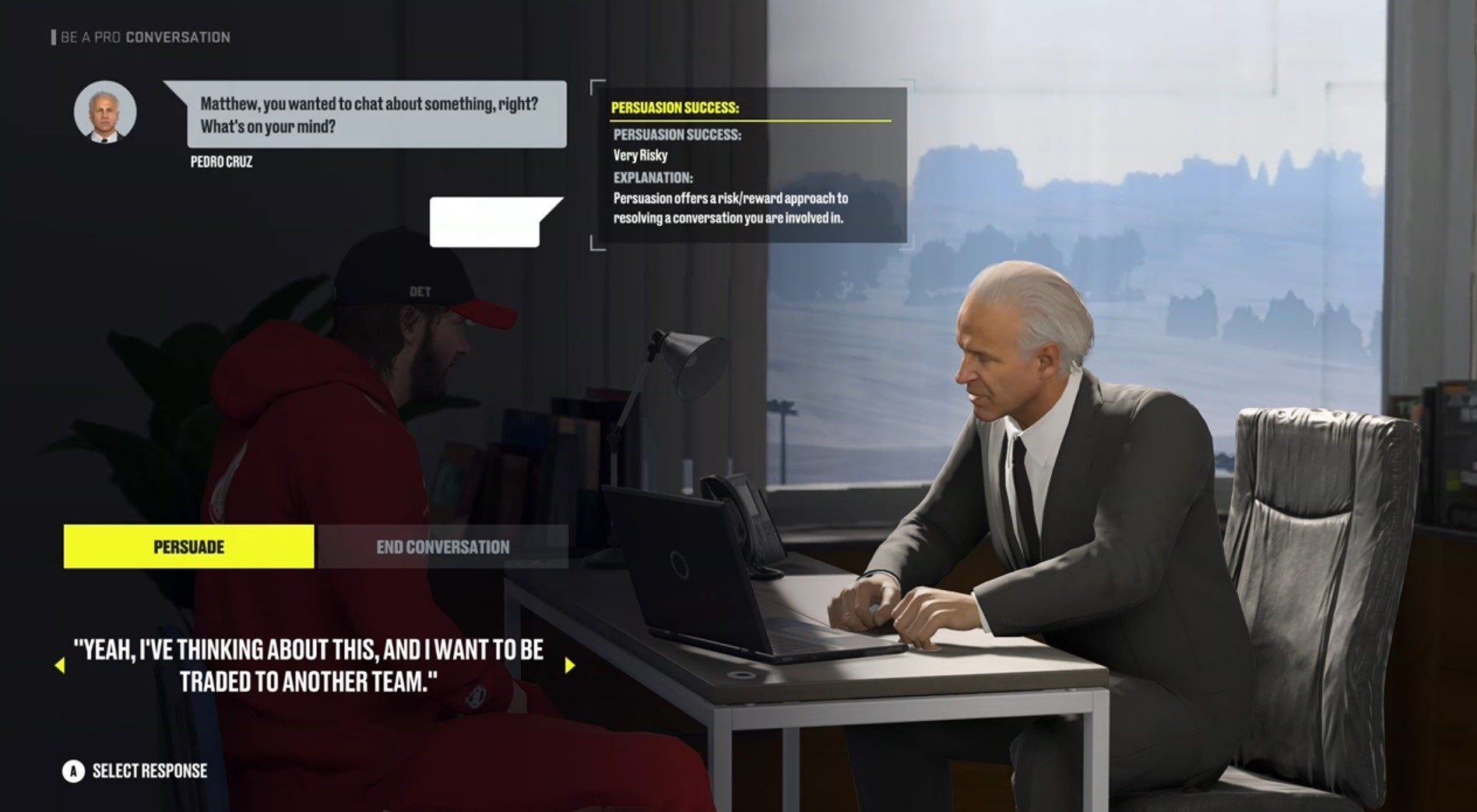 Yes, I'd like to be traded before I even play my first NHL regular season game.  What? I had no idea what I was going to talk to him about, just that right before the regular season started of my first season it popped up with a "Talk with the GM" option.  I mean it's labeled as "Very Risky", which makes sense, but that shouldn't even be an OPTION right out of the gate.  For a team I PICKED to be on for that matter.

I had some hopes for Be A Pro this year, but between the coach always looking mad when he wants to talk to me outside of a game, no matter what I respond with and this?  I mean..... I don't even know what to think anymore.  Least there was no penalty for wasting the GM's time and saying "I just wanted to tell you to have a nice day".

Re: Why was this convo with the GM even suggested?

This could actually be something that can happen in real life. From recollection I know it happened for Lindros for the NHL and Eli Manning for the the NFL. Chargers drafted him and he refused to play with them. I can see how it can come off as a strange scenario when it's not something you commonly see. If it's a scenario the community would prefer not to see we'll let the NHL team know what feedback we're observing.

Taken by the Quebec Nordiques with the first pick of the 1991 NHL Draft, Lindros resisted signing with the club. He spent the 1991-92 season playing junior hockey and skating for Canada at the 1992 World Junior Championship and the 1992 Olympics. Lindros reiterated to the Nordiques that he would play outside the NHL in 1992-93 and re-enter the draft in 1993.

Re: Why was this convo with the GM even suggested?

There are so many cringe off-ice dialogues in BaP. These GM convos are pointless. Have a "Ask for Trade" option. Otherwise,  no GM chats.