Hey folks - In advance of the patch dropping tomorrow, we wanted to share some of the Quality of Life updates coming to Firestorm.

Let us know what you think. We’ve plenty more cooking for future Firestorm updates, including improving the looting experience, changes to weapon rotations, and more Quality of Life enhancements.

Finding yourself as one of the last few players alive makes for some of the most tense action in Battlefield. You get that final kill on someone, and half a second later, you’re checking for the small icon to find out if you’ve won or not. The act of winning still feels good, but we know we could make it feel a bit more special.

Here’s a sneak peek at how you’ll find that experience after this weeks update: 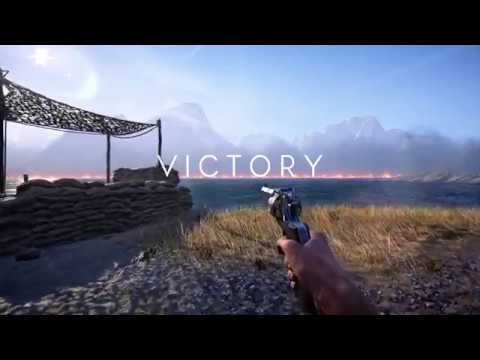 We’ve heard the feedback around Armor plates. We recognize that there are plenty of rounds finishing where some players are running super light on plates, and being discouraged from getting into more firefights mid game. So based on that feedback, we’ve upped the carry limit to 5.

Spike kills have become a common part of the experience in Firestorm. We recognize that if you’re in a position to finish someone off, without having to fire too many of your bullets, you’ll take that trade off in most situations. Whilst we review other approaches to this, we’re upping the player health in the downed state from 200 to 300.

When compared with other modes, Firestorm wasn’t showing to be quite where we wanted it to be in terms of XP gained. Other modes offered much higher XP for the time you spent playing them, so we’ve done some balancing here to ensure that players still on the road to Rank 50 are set to be more fairly rewarded for their time in Firestorm.

So far in Battlefield V, vehicle death = total death. In Firestorm that’s discouraged you from making use of Transport and Combat vehicles as often as we’d expect, as once the vehicle’s gone, so are you. In this update, you’ll find that your body is pushed outside of the vehicle, and that you can now be revived in Duo and Squads. This fix is also true across the entire Battlefield V experience with this update.

I love the increase in armor plates you can carry and the new victory screen is a subtle, yet nice touch.

I do have some concerns, however, about increasing the health of downed players and the ability to be revived if you die from inside a vehicle.

I believe the jump is a little excessive and might cause more people to die. The amount of bullets to down someone is already in a strange state and now we're effectively doubling that amount for someone who wasn't skilled enough to survive the first time. I personally like the health where it was, but maybe an increase of 50 might have been better.

People inside of tanks shouldn't have the ability to be revived since it's such a tiny space inside with no windows - That said, I do think turret gunners and anyone operating vehicles with fast enter/exits (cars, those weird slippery transports, and tractors) can receive the revive since, from a lore standpoint, they can be " thrown from the vehicle" due to the explosion.

That Victory screen is so awesome.!

All of these updates and we still cannot play a single game of Firestorm in Australia. Will you be adding Oceania Servers or dropping the player count so we can actually play the game we paid for ?
Message 4 of 5 (303 Views)
Reply
4