Re: There is a game breaking bug in this game that needs to be fixed 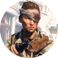 This post and its replies describe the bug, as well as what caused it, in a pretty satisfying amount of detail. I, as well as many other people I've found online, are unable to even open a 40-dollar game that they've purchased without reverting to a drastically outdated and slow intel driver, because of a small bug in the way the game detects what Intel drivers are up to date and which aren't. Honestly, this wouldn't even be as big of a problem for me if the solution of just biting the bullet and installing the old driver worked for everyone though. I, as well as two other people who replied to the post, cannot even do that because the driver is too outdated to even function on our systems. This post was made in December, with other similar posts being made as well, without this problem being fixed. I know there are still people working on BF1 (or at least people with the ability to patch it), no matter how few they may be, and from what I can see its player base is even more active and dedicated than some of the battlefields that came after it.

Just to restate, I, as well as many other people, cannot even open a 40-dollar game that we've purchased because of a minor bug with the way the game detects if your drivers are up to date or not. This problem has been ongoing for months now.

Re: There is a game breaking bug in this game that needs to be fixed

another couple people on the forum experiencing the same problem. No one has found a real solution because I'm pretty sure the only solution possible is on the side of the developers.