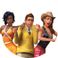 A cavalry in Cape Helles？？？wtf，how ？

I'm very interested in this character model，because I made a picture collection of BF1 soldiers before.

I also found a bug before. The Red Army has pilots，as the enclosure.Does anyone keep cavalry in Cape Helles's model？i need it.

@OKITA-OJYOSAN Sometimes the icons bug out, like they'll show that someone is a tanker when they're actually flying or so on. I'd imagine that's what's happening with the cavalry icon.

I asked people who had experienced this before. They said that the cavalry they saw was a new model, not a tank driver or a pilot.Just like the red army pilots, a new model emerged through a bug

@ElliotLH I asked people who had experienced this before. They said that the cavalry they saw was a new model, not a tank driver or a pilot.Just like the red army pilots, a new model emerged through a bug
Message 5 of 12 (550 Views)
Reply
0

@OKITA-OJYOSAN Your first picture just shows the regular cavalry icon and not a model.

@ElliotLH But you can pay attention to the gloves, these gloves are not the style of tank driver or pilot gloves.And his clothes are obviously dark green, a different color from the soldiers' uniforms in the Sinai desert.So I think it should be a bug, resulting in the abandoned case model
Message 7 of 12 (514 Views)
Reply
0

@OKITA-OJYOSAN Then I would assume it's either a bug or someone accessing content they shouldn't be able to by other means.

@ElliotLH According to the method I know so far, if the cavalry was used in the last game, then in the Cape Helles ，there is a chance that this kind of bug will appear when competing with teammates for aircraft deployment .Just like deployed tank troops in Tsaritsyn, but Red Army pilots appeared.
Message 9 of 12 (506 Views)
Reply
0

Greetings, BF1 GUYS，I am writing this article for seek your help.I saw Hell Cape's cavalry on a video earlier.I know it's caused by some kind of bug but it's so rare.I beg each of you to save a screenshot of your squad interface when you encounter this bug while playing BF1.After taking a screenshot of the Ottoman soldier, hopefully you can let your friends to kill you as Anzac and pick up your weapon, so i can get Anzac and Ottoman cavalry.I know it's hard, but if there are enough people, there's always a chance isn't it?I am very interested in Hell Cape's Ottoman cavalry and Anzac cavalry models.PLZ...Guys.....

I have done a collection of pictures of BF1 soldiers in 2019.Well actually ,the pictures that go up the seventh line are not made by me.I added elite units down the seventh row and made this picture the most complete picture of soldiers in BF1.You can even see Red Army pilots.This model was provided to me by my friend.Normally, the Red Army pilots models are impossible to appear in the game.He told me that after he ended the game as a pilot in the last round（any map）, he went to Tsaritsyn and he found himself as a pilot of Tsaritsyn Red Army. Amazing isn't it？

And i wanna show u this picture,You see that? Hell Cape cavalry！！！The way this bug appears is also like what I said before.End the game as a cavalry in the last game, and then enter Hell Cape（preferably automatic or opreation mode ） The most important thing is that you need to have teammates and you to snatch the vehicle.In this way, there is a chance that this BUG will appear.You can pay attention to the gloves, these gloves are not the style of tank driver or pilot gloves.And his clothes are obviously dark green, a different color from the soldiers' uniforms in the Sinai desert.

i think it is BF1 unused models.Yesterday my friend also encountered this bug in Zeebrugge, he is a German cavalry.Here I sincerely seek your help, please save the screenshots in time when you encounter cavalry bugs. Even better if you have a way to bring this news and pictures to DISCORD and REDDIT.Please give me a chance to collect all soldier models of BF1.THANK YOU AGAIN!（My email:helingchen @ o u t look .c o m）

PS:This is a collection of BF1 soldier models I made before（Includes Battlefield 1: Invasion）, I hope you like it.