I think something ea could also do is hold a community design program called anthem playground or something catchy like that lol. Have designers modders etc etc turn in designs and code condusive to the game and story etc. They could post up source code and deny access to licenses so they still technically hold power of choice but the overall idea with that would be for people to turn in code for the repairs of the game. Then for new content keep strict limitations to format programs etc etc so it's easily able to be ported to their engine (cause no way ea would let society fiddle with frostbite) and use the micro transactions/purchases etc etc in game (people still spend in there) to fund the servers and implementation of the updates. Then anything left over can be equal share divided to those who put the designs and code into that update. Kinda like how DE will hide a little credit scene in new content listing everybody who worked on that specific project. (Cause nobody works for free unless its passion) Similar to how cdpr got ahold of modders to begin fixes for cyberpunk 2077.

Just a thought really, but I believe it could work and unite gamers and the company. I feel that could explode and we could end up with one of the biggest games still. Personally I think that idea would really build face for ea in the world and it'd truly coin the idea of 'what players want'.. would make ea sky rocket in terms of customer/company relations.

Something I did find interesting while looking through review. It's staggering the amount of double reviews I see. Copy past type stuff even. You can't seriously be calculating double posts as actual bad reviews right? 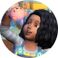 @Publicpencil05Yeah that's cool. It isn't a money aspect per say. it's more of a repair the face damage and be able to cut it loose with minimal to no loss. Repair customer company relation. This is to gain attention and spur ideas. Trust me. We AAAALLLLL know how they are with IPs engines money and such. Painfully so at that so pointing out the obvious hurdles aren't really productive. Doesn't mean the ideas can't pop up and something come from them though. If the thing gets enough attention ya never know, they might get mad and drop servers cause society is annoying or they might revisit the game seeing the attention it gets or even if somebody gets disturbingly generous they could open source it. (even i highly doubt that last one) Point being ya just never know.

Fans stated when they announced they wont be making Anthem NEXT 2.0 to release the code for people to mod the game or make mods available but they didn't respond

They should check the game again if they see how many players there still are.
They should rethink about the fact they cancelled all teams for this game, bring back a small team to work on the game and launch some great content. this game is not dead yet

@Nakatomi_Uk true. But that's not really the entirety of the post. Much can be done even without open sourcing. Cooperation is always an option.
Message 8 of 11 (774 Views)
Reply
0

@ErhanLammar I entirely agree. I haven't been able to get on in the last couple weeks due to life. But without fail everytime I'm on im always able to get a full squad. Granted I still get kicked from time to time. But the player base is very much alive and they could still build on the game effectively to keep the players there. And new players coming. Even with the recent sale on xbox people still buy the game and start up. Still gets new players. All good things.
Message 9 of 11 (771 Views)
Reply
0