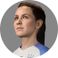 So right now, it's over.

Anthem servers should be shutted down too.

;Game without updates will die quickly.

You've lost any of my little chunks of hope.

@EA_Cade then can you remove the balance system you have in place for drops in the game so for the people who took their hard-earned money and wasted their time believing in you to use fun strong wepens
Message 13 of 105 (1,359 Views)
Reply
5

It's disappointing to see such a great concept fail, but I can't blame EA for failing to deliver. Games are INCREDIBLY hard to build, and sometimes it just doesn't work out.

That said, I cannot excuse poor support of those who purchase the game, never mind those most loyal.

Let's bump my post to get EA's eyes on what should be their second order of business after cancelling the game (first being taking care of the hard working employees who created Anthem): taking care of their loyal customer base

Here's my post on the refunds EA owes it's players: https://answers.ea.com/t5/General-Discussion/Anthem-Cancelled-Refund-for-Loyal-Fans/m-p/10105492/hig...

Havent seen haters in this forum in more than a year...

I've not posted here since about 2 months after launch, but seeing the news brought me back.

It's so disappointing than rather ultimately admit failure, even this announcement is spun with Covid excuses.

Anyone was rightly skeptical of the launch roadmap. I felt bad for devs paraded out to lie about how great a game it was going to be, and the deep long term plans. Little wonder they quit.

Internally, the reasons must be recognised (not making money; not likely to make money).

You'd think by now the penny would have dropped that honest communication with a playerbase is probably the way to go. 'We messed up here, big time, and need to cut our losses and move on', from BioWare, would serve their reputation far more than 'we'd totally have done it but Covid'.

As much as its just a waist of time since EA and bioware don't actually care about the games or community, im going to post it anyway... maybe if enough people reach out and complain about this betrayal they will change their mind... I know I don't actually believe that though.

I'm done with both ea and bioware... there are too many good gaming companies out there to waist my time and money on them...

The game doesn't deserve to die, at least do the absolute minimum and let us host some servers. I know they won't shut down anytime soon most likely (otherwise they'd have announced it)  but it still makes me worried.

Re: Remove the always online requirement

Perhaps the day will come that Anthem closes, but so long as a sufficient number of people play I'd be surprised if that's anytime soon.

The game design does mean that it's not a simple matter to make it 'offline' as far as I understand it.

Mostly following BioWare games. Old timer. Helping out here does not mean I work for EA so I don't have all the answers. Also hangs out on BSN.